Administrative and Political Map of Nigeria

Nigeria is a country on the coast of West Africa, bordered by the Bight of Benin and the Gulf of Guinea in south, and by the Niger River in north. Nigeria is bordered by Benin, Cameroon, Chad, and Niger, it shares maritime borders with Equatorial Guinea, Ghana, and São Tomé and Príncipe.

With an area of 923,768 km² the country is more than three times the size of Italy or slightly more than twice the size of the U.S. state California. Nigeria's main rivers are the Niger and the Benue River, its highest point is Chappal Waddi with 2,419 m (7,936 ft), located in Taraba State, near the border with Cameroon.

The Federal Republic of Nigeria (its official name) has a population of 158 million people (est. 2010) making it Africa's most populous country. Capital city is Abuja located in the center of the nation, while Lagos is the primary port and largest city.

Spoken languages are English (official), Hausa, Ibo, Yoruba, and others.

Administrative and Political Map of Ghana

Ghana is a divided into 10 regions: 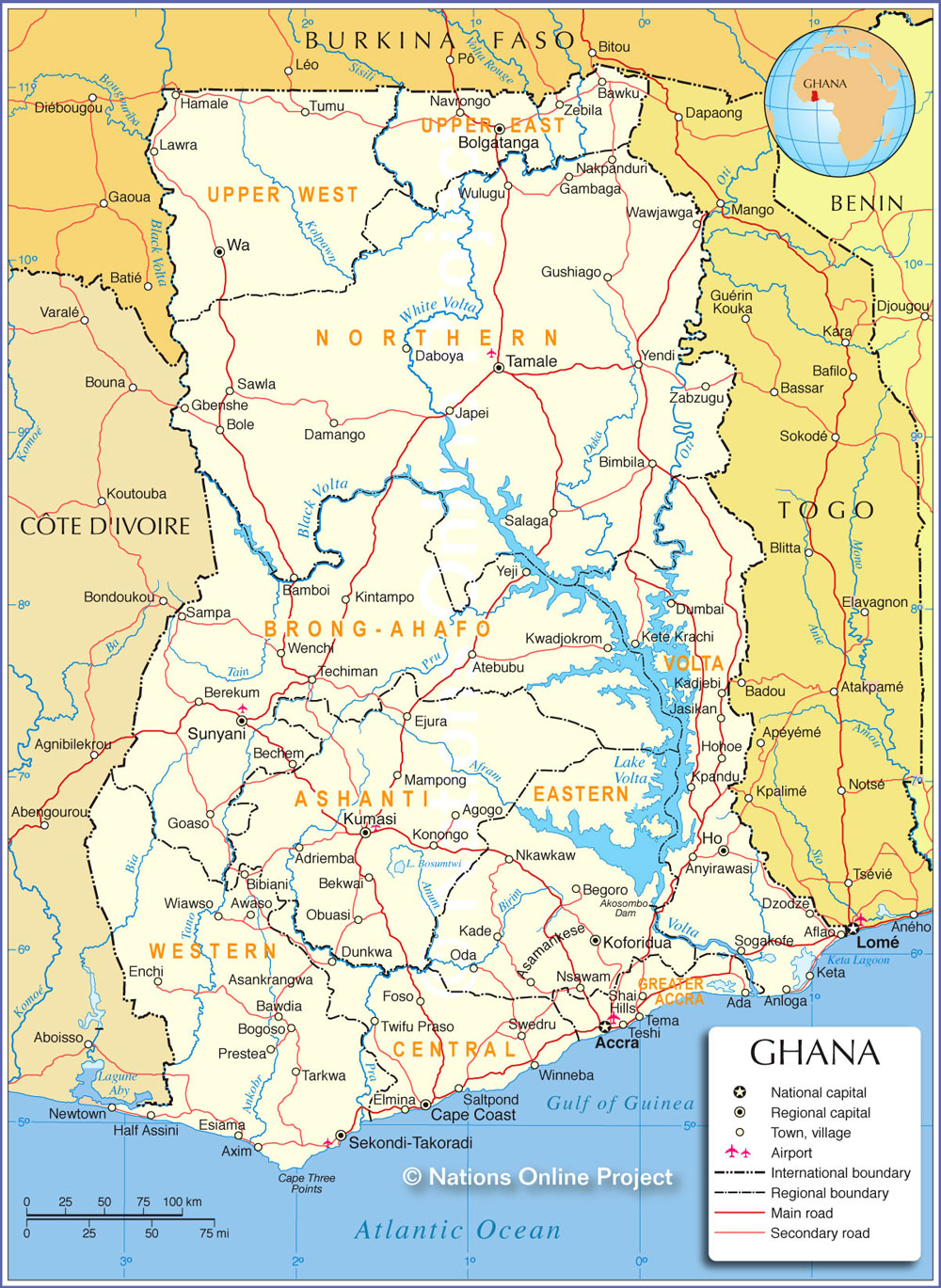