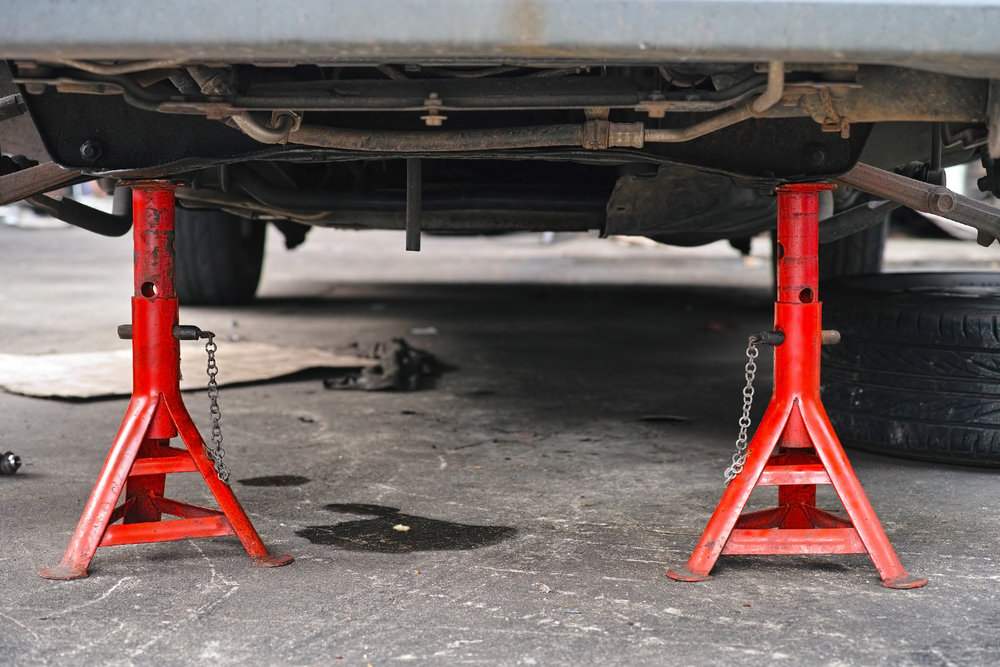 How to Prevent Catalytic Converter Theft

How Do Thieves Steal Catalytic Converters?
Thieves tend to target vehicles with easily accessible catalytic converters, such as pickup trucks and certain SUVs. Cars left for extended periods of time in poorly monitored lots tend to be the most common locations.

It only takes a saw and a few minutes to remove a catalytic converter. In some cases, catalytic converter thieves will use a board to slide themselves beneath a vehicle, or, if time allows, use a jack to lift up the car. Once underneath, the thief saws through the piping on both sides of the converter to pull it off of the car.

How Do You Know Your Catalytic Converter is Missing?
You’ll be able to tell that something’s wrong immediately after turning on the car after your catalytic converter has been stolen. You will notice the following 3 symptoms:

A loud rumbling or roaring sound will emanate from the engine, which will increase in volume as you press the gas pedal.
The car will drive rough and feel like it’s sputtering while changing speeds.
If you check beneath the car from the back side, you will notice a gaping hole in the machinery, near the middle of the exhaust system, as well as pieces of torn-away piping.
How To Prevent Catalytic Converter Theft:
Since converter thieves tend to target cars at ideal locations, most prevention methods surround parking practices. Here are 6 tips to prevent catalytic converter theft.

Park close to building entrances or the nearest road in public parking lots. This leaves your car in a location where many people can see it.

If you have a personal garage, keep your car parked inside with the door shut.

Add video surveillance to the area where you regularly park your car.

Adjust the security system on your car, if already installed, to activate from vibrations, such as those produced by a saw.

Remember: the best way to prevent theft is to make access to your car’s converter as inconvenient and difficult as possible. This means taking preventative measures like smart parking and adding your VIN number to the catalytic converter. Stay on the lookout for increases in theft in your area, and respond accordingly.